I’m building a data pipeline using TPL Dataflow to migrate data from a database to an external API. As this data pipeline could run for a long time, I was looking for a good way to monitor the progress. This turned out to be a perfect use case for Event Counters.

Yesterday I introduced EventCounters and showed a small example. Today let’s have a look on how we can monitor the EventCounters values.

There are multiple ways to read out EventCounters values but the way I want to use during the migration is through the dotnet-counters global tool:

If you don’t have the tool installed yet, you can install the latest version using dotnet install: 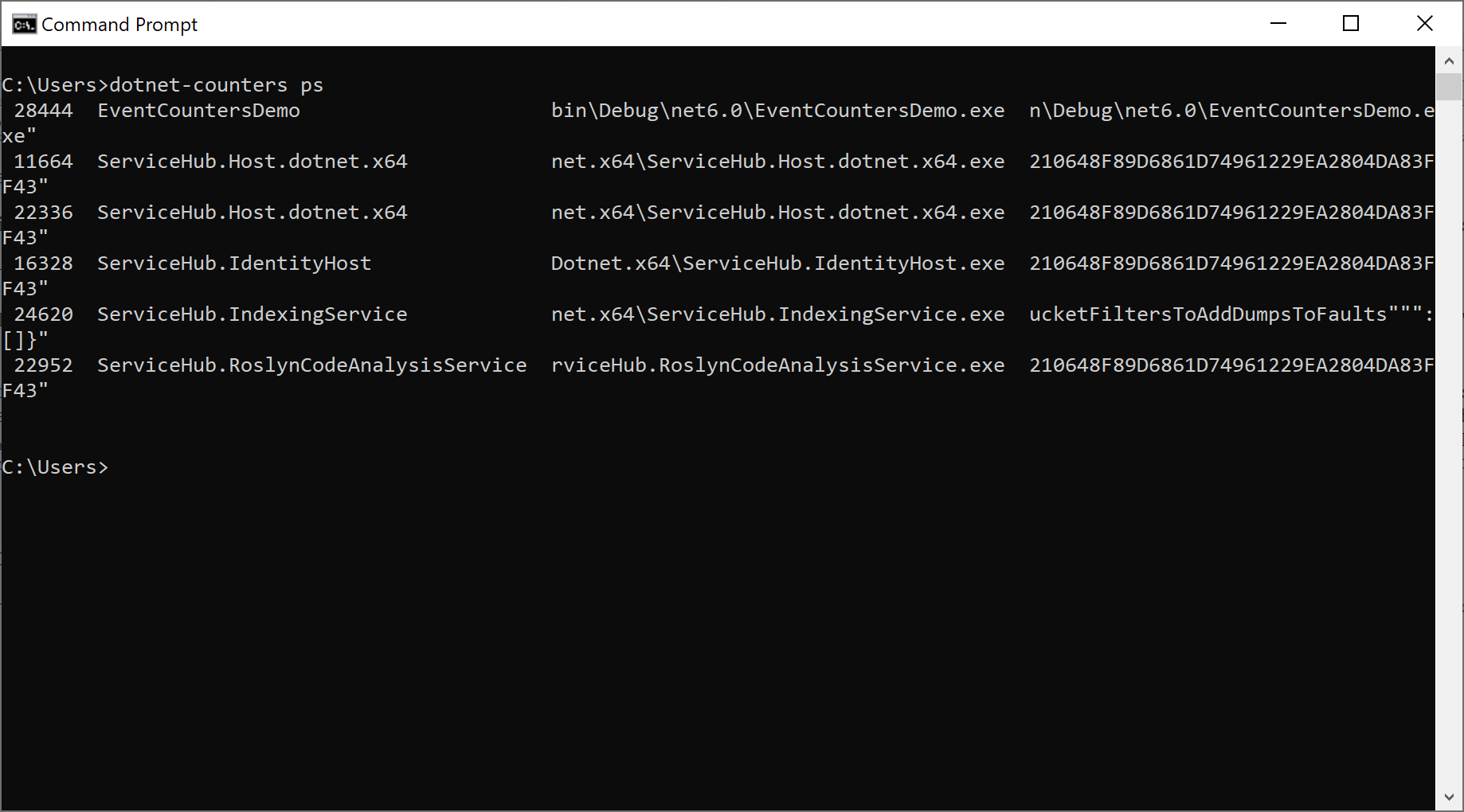 Now we can invoke the dotnet-counters monitor command and pass the process id as a parameter:

This will start the monitoring. By default we get a list of eventcounters from System.Runtime: 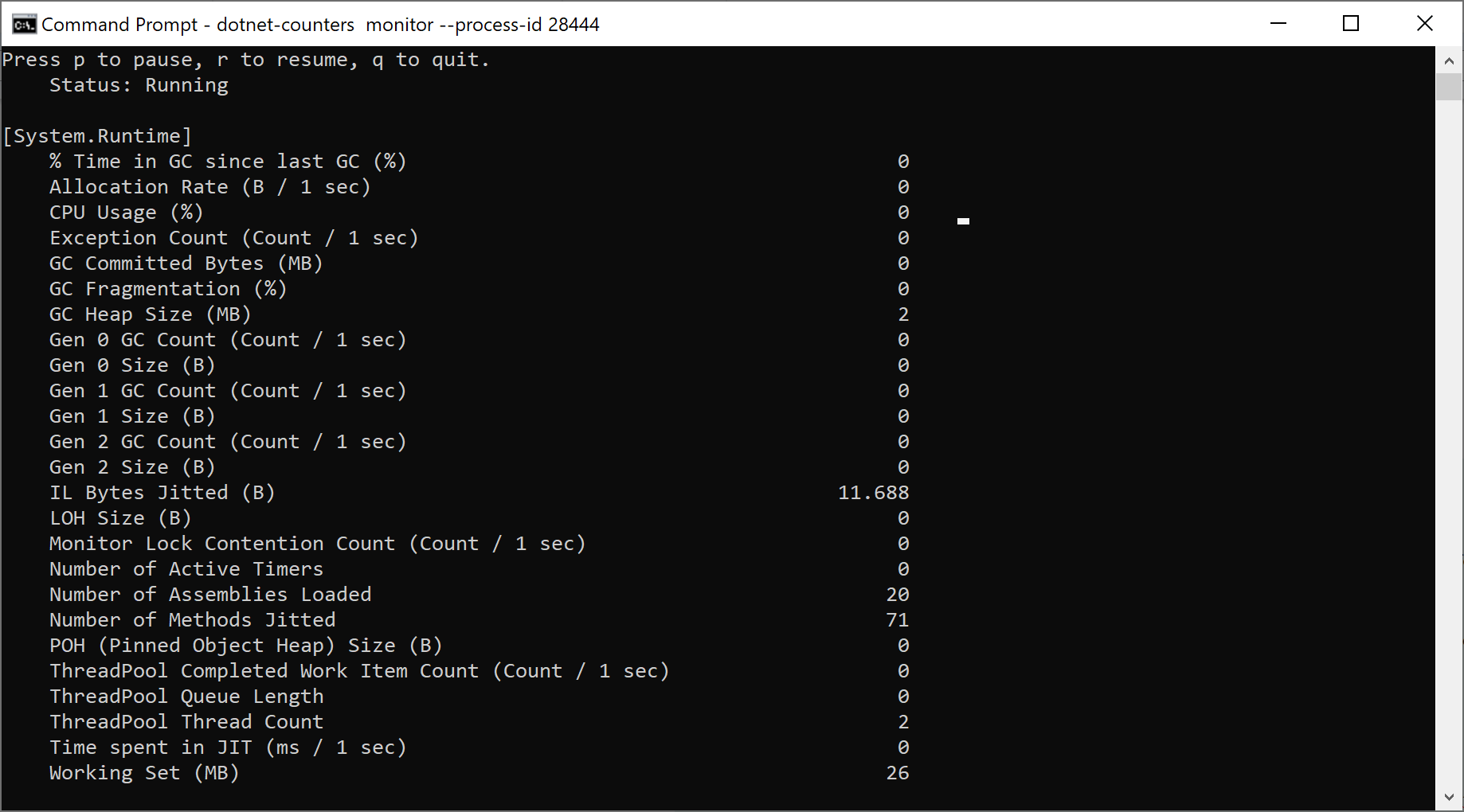 To view the EventCounter we created in the previous post, we should specify the counter name:

Now we should see the values from our counter: 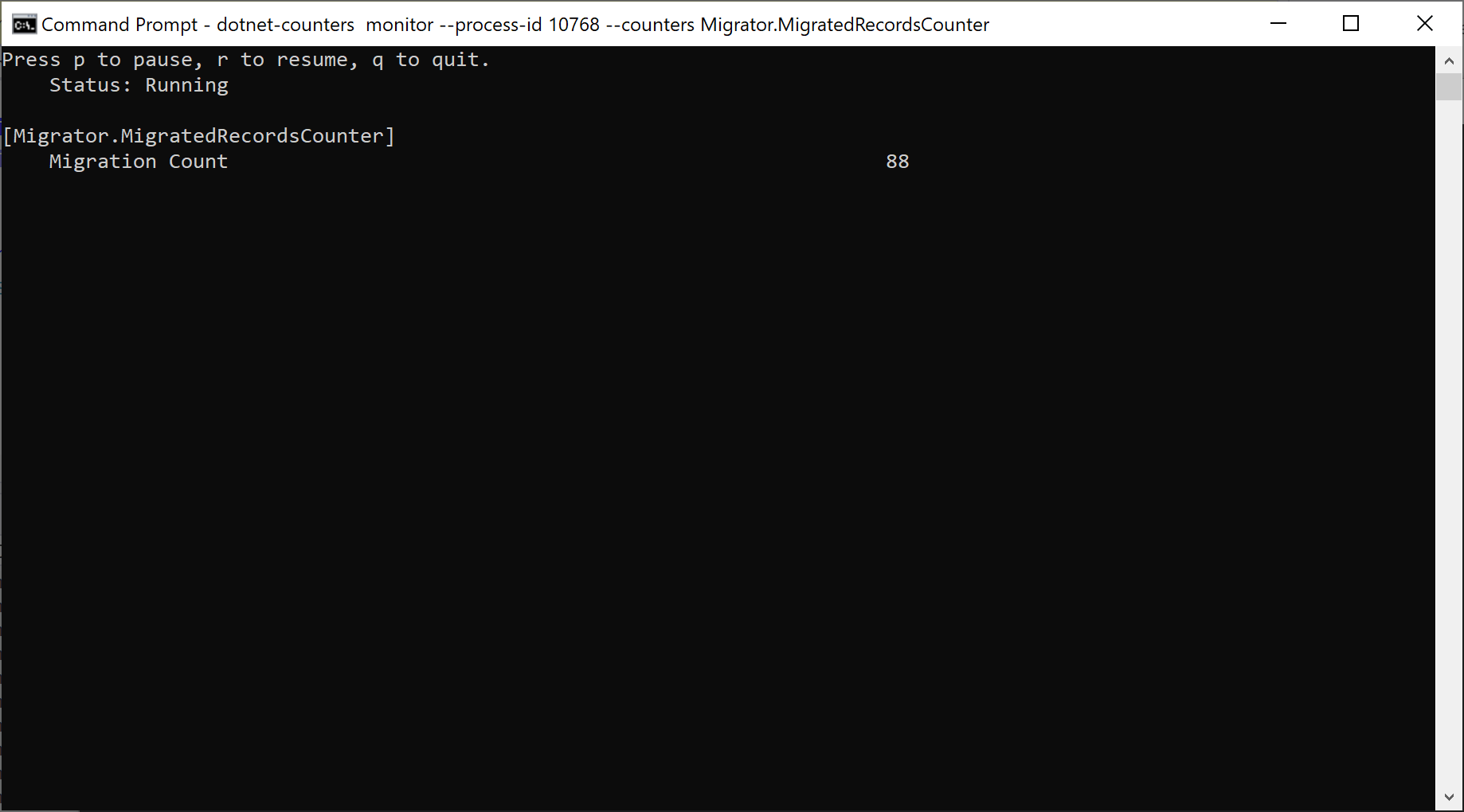 In the next post, we'll have a look at some of the other counters and see how we can further improve our example. Stay tuned!