Control the execution order of your attributes through [CallerLineNumber]

In HotChocolate, the GraphQL library I use most of the time, you have the concept of field middleware. It allows you to create reusable logic that will be executed before or after a field resolver.

A typical example of built-in field middleware is the support for pagination, filtering and sorting. When executing this middleware, there is a logical order in which you expect this middleware to be executed. For example, you expect that first the returned data will be filtered and then be paginated.

In a code-first approach this would look like this:

Remark: if you are wondering if this shouldn't be defined the other way around, have a look at this image that can also be found in the documentation: 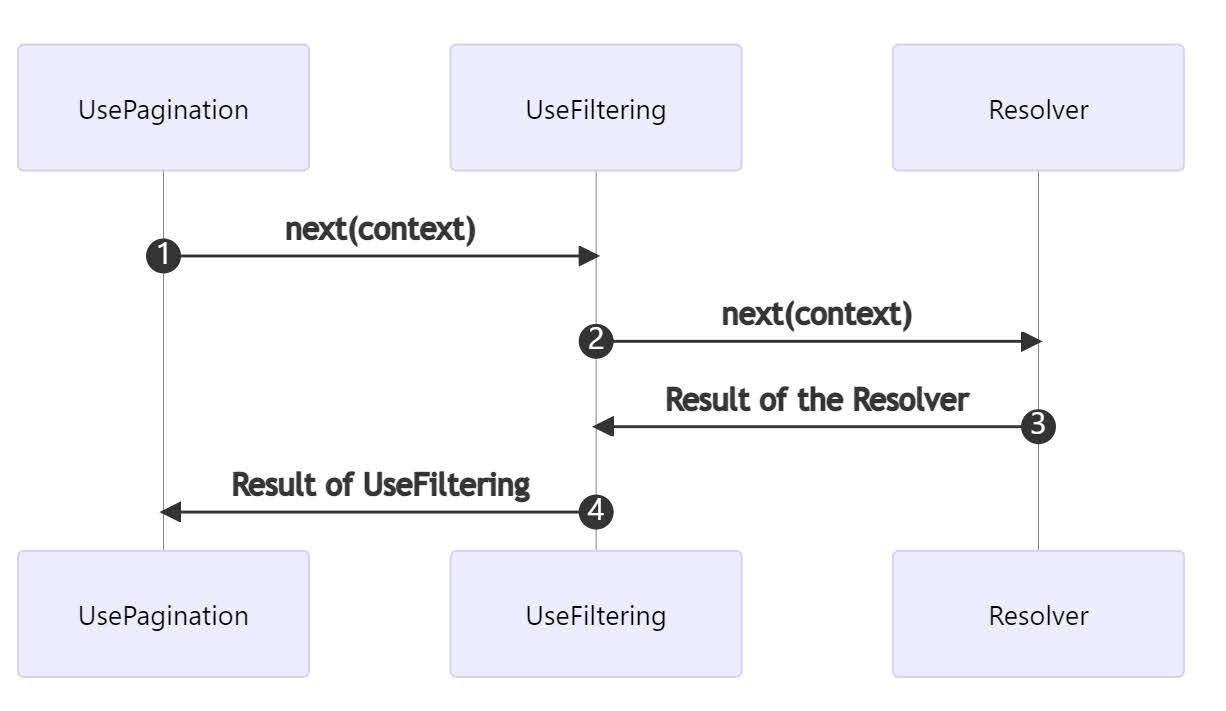 You can do the same thing using an annotation-based approach:

When I first saw this code, I was wondering how this could uberhaupt work. I know that in .NET the attribute order should not be respected by the compiler. So although we specified [UsePaging] first and [UseFiltering] second, there is no guarantee that this will be the order in which this field middleware is executed.

So why don’t I see any remarks about this in the documentation?

A look at the source code brought me the answer. If you look at the constructor of the attribute, you could see an order argument annotated with the [CallerLineNumber] attribute:

The [CallerLineNumber] attribute allows you to obtain the line number in the source file at which the method is called.

By using the line number as our order value, the order in which our attributes are added is respected when executing the field middleware.